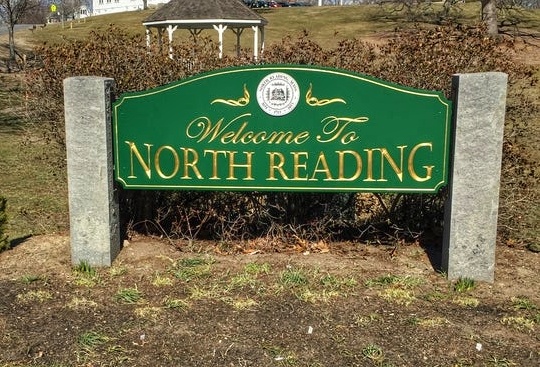 North Reading is a town in Middlesex County, Massachusetts, with a population just slightly under 15,000. But that was not always like that. Indeed, the history of this town reaches back nearly 400 years, when the first settlers, six families with grants for large farmsteads settled in this area 1651.

Initially, those families lived from their limited hop production. The economy developed only slowly. First, it was a sawmill (1694) at Lob’s Pond. It took the town almost 100 years to grow further with grist and factories at the village center by 1794.

Fifty years on and nearly every house in the town had a small shed attached where they started to manufacture boots, shoes, and later clothing with they sold in the south to clothe the slaves. However, the civil war destroyed the growing economy.

During the American Revolutionary War, Reading played an active role in pursuing the retreating British Army after the battle in Lexington and Concord. Amazingly, during the battle, only one Reading man died.

In the early 20th century, the economy of North Reading expanded with milk, apples, and fruits as their main products.

Noteworthy is the Flint Memorial Library, which was started by only six members in 1791. In comparison to today’s prices, back then, the subscription to the library was $1, with an annual fee of $.25!

Today, however, North Reading flourishes with some of the historic buildings still standing. With the civil war and early hardship long gone, North Reading is a desired location form many suburban families.

Only 100 years ago, tuberculosis was not just a remnant disease; it was also untreatable. It was the number one killer in the USA. The need for sanatoriums to handle those patients was indeed great. Originally the North Reading Sanatorium, called Martin’s Brook Sanatorium, was one of 4 hospitals in Massachusetts to care for tuberculosis patients. The facility opened its doors for the first time in 1909. It was located on 87 acres land and had 23 structures. The weekly cost was $4 per person, which made the North Reading Sanatorium the cheapest in the region.

Eventually, with fewer people falling ill with Tuberculosis, the hospital was renamed  John T. Berry Rehabilitation Center.  It closed its doors in 1995 to give way for the Edgewood Apartments on Lowell Road.

When you are in the region of North Reading, a visit to the Harold Parker State Forest, a publicly owned forest with recreational features encompassing more than 3,300 acres, is a must. Here you can see ponds, swamps, rolling hills, glacial erratics, and rocky outcroppings. Besides nature’s beauty, you can still see remnants of 18th-century farming and milling operations. The state forest was established in 1916 and is named after Harold Parker, who died that same year. Besides picnic areas and restricted hunting, there are many mountain bike trails. To fully explore the forest on a bike will take a few days.

The Putnam House and the surrounding village are a great place to visit. The main house still has an authentic set up as it was in the 1720s. Even the old schoolhouse is very well maintained. The farm museum exhibits tools and other equipment from this time. The tower in the village provides a great view of the surrounding area. A terrific historical site to see!

To the day, the town center has retained its flair of the long-gone Federal time with its meeting house dating back to this time —an affluent Federal village with a well-preserved district of houses from this period.

A date to note

Today North Reading is a modern city that offers its citizens everything from kindergarten, schools, shopping centers, and aged care villages. The crime rate is low, and so is the unemployment rate. The latter is, on average, 1 % lower when compared to the rest of America.

Do you need a new shower door for your recent home bathroom renovation or construction project? Do you need to fix a window that is broken or fogged up? Visit Image Glassworks. The friendly staff is always there to help you.

Great places to live in an appealing urban setting are in Olde Coach Road, Park- and Cedar Street.